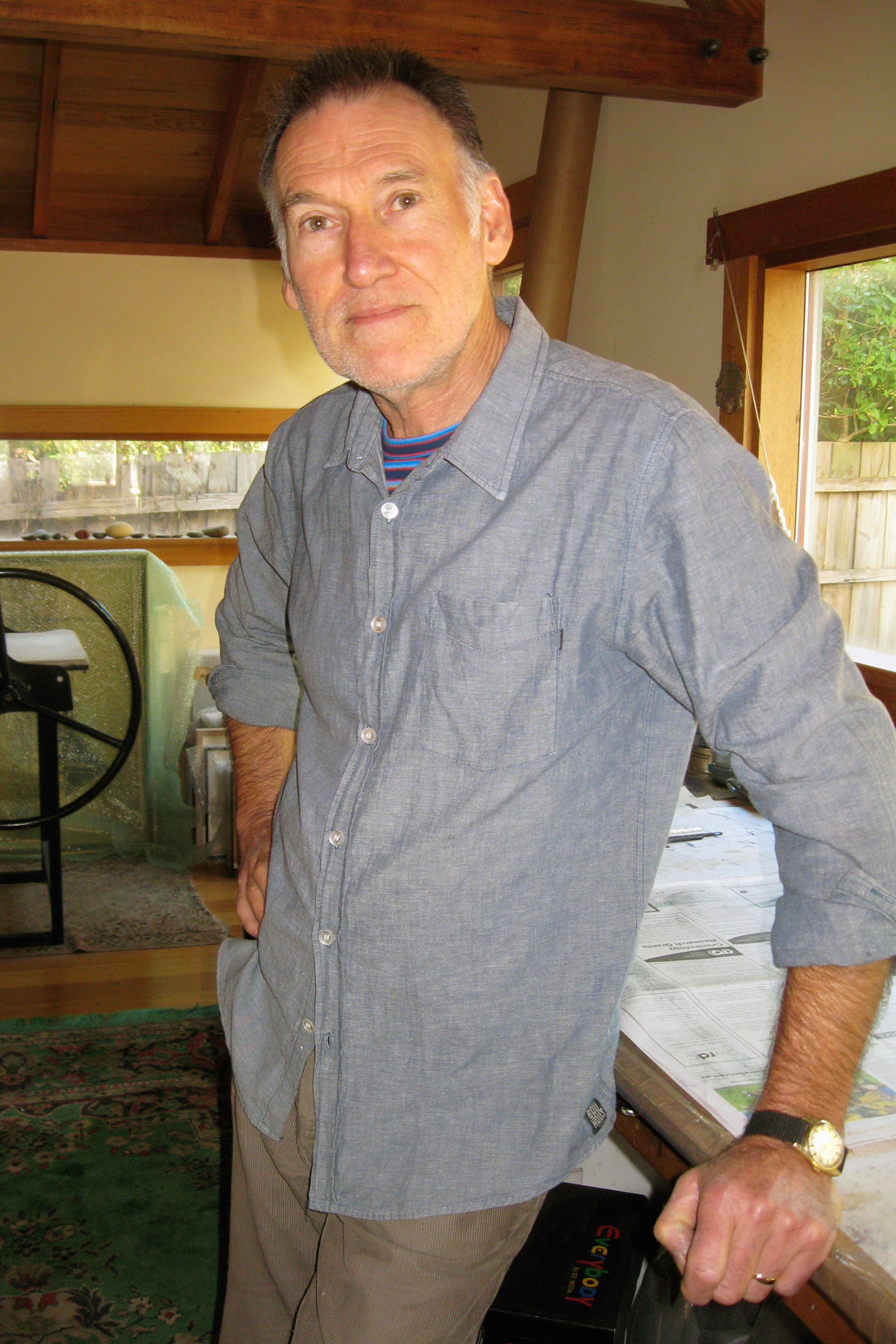 Wayne Viney is an artist and printmaker primarily known for his monotypes.

Wayne Viney studied graphic design at Swinburne College graduating with a diploma in Art and Design in 1971. He became a full time artist in the mid-1980s and was a member of Roar 2 studios from 1995 until 2000.

He is best known for his moody twilight studies, drawing upon the painterly potential of monotypes to rework the Romantic tradition. His early works are grounded in physical sites such as the Strathbogie Ranges near Yea, moving to his signature brooding landscapes of the pastoral ideal, to colour band abstractions, and studies of sea and sky. All Viney’s images are imbued with a melancholic yearning for the sublime.

In 2013-14 a retrospective exhibition of his monotypes Singular Impressions, illustrated with a full colour catalogue, toured various regional galleries in Victoria.